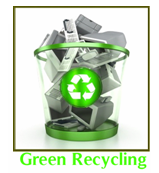 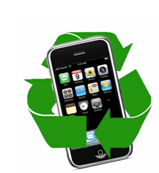 Computers and electronic devices MUST be recycled. They are toxic waste 30 to 100 times over. In landfills the poison often travels into local water supplies, and most of these poisons NEVER break down into harmless chemicals.

If you bring old hard disk drives or computers/laptops & Mobile Phones with hard drives inside, our practise is to use multi-threaded data hard drive wiping software to permanently delete your old data and make it unrecoverable. These drives may be then be disposed of in accordance with current environmental regulations.

Don’t throw your old Mobile Phones & computers in the rubbish, recycle it!

Your Mobile Phones & Computers, laptops contain a lot of sophisticated hardware parts that are often re-usable, but unsafe to simply throw out with your standard rubbish. If your old hardware is still in working condition it can be made use of for education purposes, scientific research or be used in a cluster data processing centre – amongst many other things. We at Oxford Mobiles & Computers are here to do our part in helping the environment and encourage you to consider recycling your old computers!